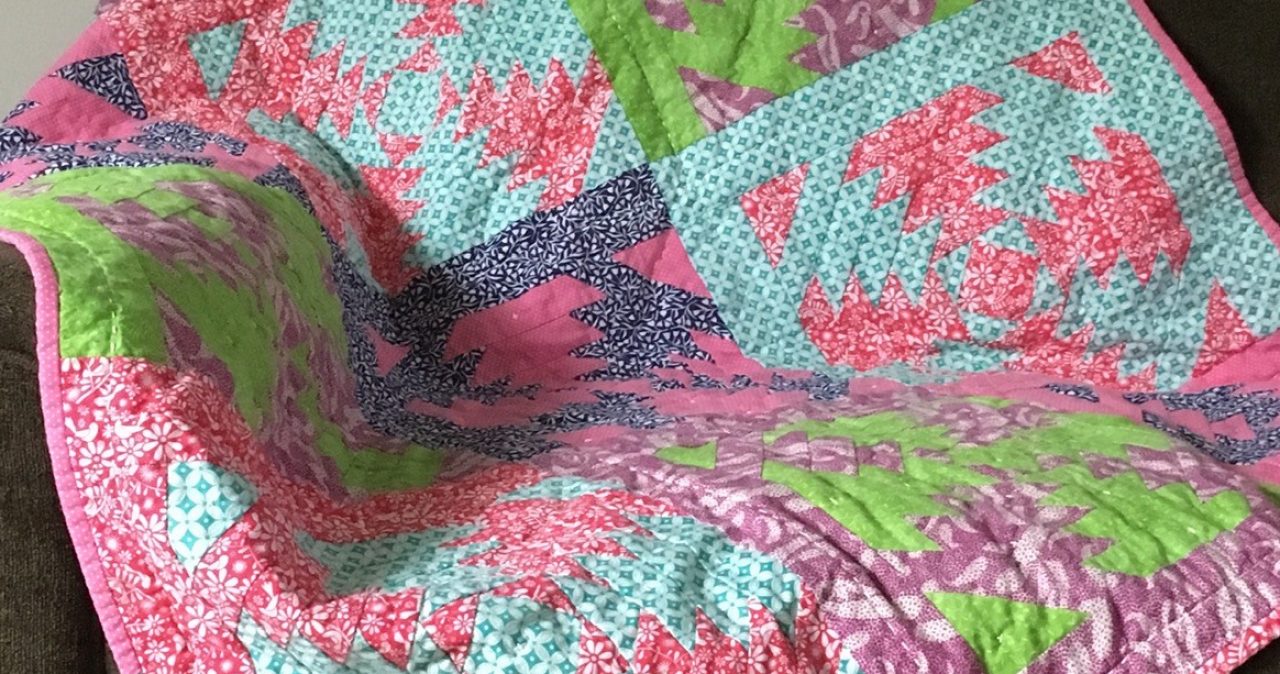 December’s Ohio Star quilt block is for my daughter, who was born this month 5 years ago. I transformed the traditional quilt block to represent a ladybug, or ladybird. My nickname for my firstborn is “Ladybird” and I’ve called her this since she was an infant.

I was raised in a family of 6 children and we were nicknamers. Everyone had a long list of nicknames. Mine included Mush, Melly, and Tessie Lou. As if written in my genes, creating playful monikers for my kids comes easy to me. Without even thinking about it, “Ladybird” slipped out of my mouth one day as I talked to my daughter while changing her diaper.

I didn’t even really know what the name meant. I was aware that Hank, of “King of the Hill,” had a dog named Ladybird and that Lyndon B. Johnson’s wife went by “Lady Bird.” So, I suppose the name was buried somewhere in my subconscious, to be excavated by something about my chunky baby. It wasn’t until my daughter’s nickname was established that I learned “ladybird” is another term for ladybug.

When starting this quilt, I knew that I’d make a block for each of my family members, my husband, my son, and my daughter. Brainstorming ideas for my daughter, I thought of ladybirds and ladybugs. I decided I’d make a ladybug-colored block, much like I did my cardinal block. Researching ladybugs, I learned that it’s Ohio’s state insect! C’mon, how perfect is that? This block is doubly Ohioan! And, the Ohio Governor’s Residence and Heritage Garden website reports the insect is “officially named the Ladybird Beetle.”

In my mind’s eye, I see a ladybug with black polka dots on red. But, when I Googled images and studied one that I found in my yard, I realized they have white spots on their heads. That’s why the top points of the star are done in white. I replaced the solid center block with another block of quarter square triangles. This adds to the “polka dot” look.

This was a fun block to put together, since it represents my daughter who I delight in so much. It’s also the last block for this quilt! I can’t believe it. Next month, I will have lived in Ohio for 11 years. And, early next year, I hope to share with you progress on this quilt—the assembly of the top and quilting!